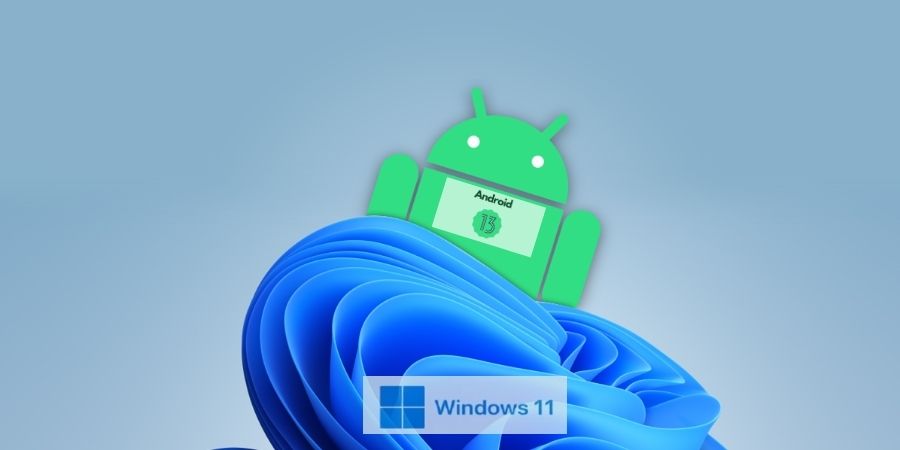 Have you ever thought about using Windows 11 on your Android phone? Sounds crazy, right?

With Linux and Android becoming more consumer-friendly, we can already boot Linux on Android devices. But what if we could run Windows 11 on the phone? That would be revolutionary!

What if I tell you, this has already happened, and Android 13 can boot Windows 11! Unbelievable, right? Read on to know all about it.

Now, before we begin, let me tell you a little bit about Android 13, to help you understand things better!

Android 13 is an operating system much like Microsoft Windows, Linux, Apple OS X, or Google Chrome OS. It is made by Google to compete against the other big names in Operating Systems.

As per the developer preview, Android 13 will have updated Privacy, a few design changes, and improvements in its functionalities.

For example, you will be able to give limited access to apps to your gallery. Moreover, they have added more color palettes to create the theme. It would be easier to scan QR codes and much more.

But one thing that is not being promoted much by Google is that you will be able to boot Windows 11.

A techy named Danny Lin, a.k.a kdrag0n on Twitter, took to his Twitter handle and showed how he connected his Android 13 with Windows 11. He added some videos and proved that it is indeed possible.

Now anyone out there with any computer science knowledge whatsoever might start to think: “hey, it’s just virtualization, isn’t it?”

Well, yes, actually. It is indeed just virtualization. All hail the Virtualization Technology that allows you to run multiple systems on one device – a pretty nice technique that has been around for a long time now.

And if this wasn’t good enough, Danny Lin found out how we can do even cooler stuff with it: we can boot Windows 11 onto an Android device! So now, the question for non-techies is, how did he do that?

An XDA-Developer explained here that Pixel 6 features a new virtualization framework. Lin tried using Doom on his Google Pixel 6 phone, and it worked.

Virtualization is a technique that allows you to run one Operating System within another Operating System. Using this, Danny Lin experimented and found a way to run Windows 11 on an Android 13 phone.

Of course, it is not as perfect as a natively installed OS, but it is definitely worth giving a try. It will allow you to boot and operate Windows 11 on your mobile without creating much confusion.

What Does This Indicate?

Well, as a techie, it shows the possibility of a future where users won’t be confined to one Operating System. Instead, they will be able to navigate and connect their devices easily.

As more people get access to Android 13, there are more chances of developers testing new possibilities. And we are really excited to witness the future developments and bring them to you too.

It is clearly visible that with more users getting access to Android 13, there will be more cases of using virtualization. This will also lead to more information on how to install Windows 11 on Android devices.

Though, as of yet, it cannot be used as smoothly as a native Operating System, it definitely leads to the possibility of seeing it in the near future.

Furthermore, since Pixel 6 supports a revived virtualization framework, it is indeed going to lead to some great developments in the coming times! Meanwhile, stay tuned with us to get all the latest updates.