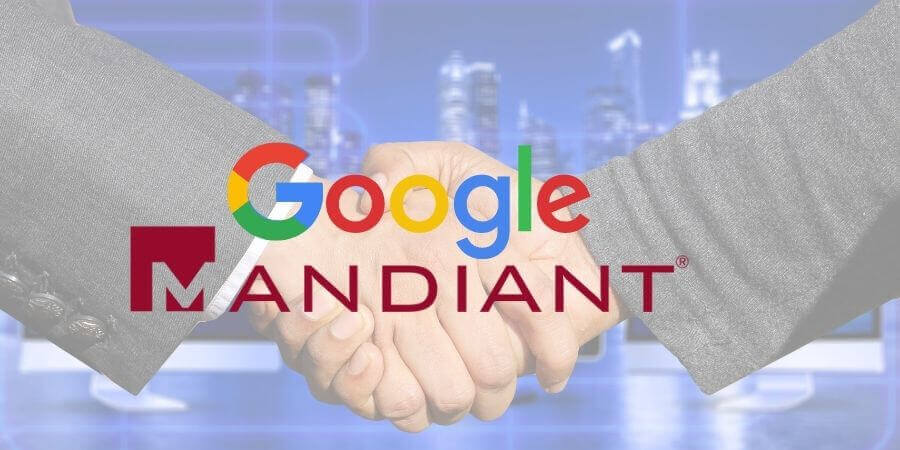 The latest news in the market is

Google to acquire Mandiant – the cybersecurity unit for $5.4 billion.

Google itself announced on Tuesday that it is planning to acquire the Mandiant to enhance the security operations suite and advisory services. Google is the big giant in the technology industry and a unit of Alphabet.

The Mountain View, California search giant disclosed the intent of acquiring Mandiant, and the latter’s shares value went high by 16%. [The Ultimate Power of Google.]

Mandiant was formerly known as FireEye cybersecurity firm and was founded in 2004. It was the one who helped Microsoft discover the SolarWinds hack that attacked the government systems in 2019 and 2020.

Mandiant has a current market value of $5.25 billion. As per Google’s announcement regarding Google to acquire Mandiant Inc, it said, “It has the definitive agreement of buying Mandiant, Inc., a leader in dynamic cyber defense and response, for $23.00 per share, in an all-cash transaction valued at approximately $5.4 billion, inclusive of Mandiant’s net cash.”

Once the deal is closed, Mandiant will be a part of Google Cloud. The CEO of Google Cloud, Thomas Kurian said, “Organizations around the world are facing unprecedented cybersecurity challenges as the sophistication and severity of attacks that were previously used to target major governments are now being used to target companies in every industry.”

He further added, “We look forward to welcoming Mandiant to Google Cloud to further enhance our security operations suite and advisory services, and help customers address their most important security challenges.”

In a press release of Mandiant Inc., The CEO Kevin Mandia said, “It is an acquisition to bring Google speed and scale to Mandiant’s unparalleled intelligence and expertise – at a time when security has never been more important.”

Read the latest news on how the Russia Ukraine war impacted the global economy.

Who doesn’t know about Google Cloud? It is a suite of cloud computing services provided by Google. Just like Microsoft Azure, and AWS, it allows its user to do almost everything from cost and data management to delivering web and video over the web to AI and machine learning tools.

Google has entered into an agreement to acquire @Mandiant, a leader in dynamic cyber defense and response. We look forward to welcoming the team to Google Cloud → https://t.co/a7WYhL4JTU pic.twitter.com/UZ0nbYbiZU